Our screening of The Mauritanian at Depot Cinema sold out, and the director Kevin Macdonald came down from London for the night along with journalist Andy Worthington.  They were joined on Zoom by the real life subject of the film Mohamedou Ould Salahi and his lawyer Nancy Hollander.  The whole Q&A was filmed and I will link to it on this website as soon as the video is available.

All costs for showing the film were donated by Depot Cinema in Lewes. They also donated publicity and help with the technology of the Q&A. It was a great evening.

You can see clips of the Q&A session by clicking here.

The Curst Sons in October pulled a healthy crowd and played the wild, energetic music we were hoping for.  We drank the fine beverages available at the Con Club bar and made hundreds of pounds for Amnesty. Yee-hah!

Najwan Haddad of the Palestinian Solidarity Campaign told us about her visit to family in Gaza before the recent fighting and updated us on what she knows of the situation since.

She described the difficulties of getting into Gaza, the poverty there and the wealth of some people who are getting funding from somewhere, the desperation of many young people who have turned to prescription drugs such as opioids, and she told us the latest on the COVID vaccine programme.

Sergei Nikitin, the former head of Amnesty International’s office in Moscow spoke with Lewes Amnesty Group on the 8th of April, 2021. He has worked for Amnesty in Moscow for 14 years and has witnessed the shrinking space for human rights in Russia and the countries of the former Soviet Union.

Lewes Amnesty Group is writing to Alexi Navalny in prison in Russia where he is on hunger strike. We are also writing to Amnesty’s International Secretariat asking them to clarify their position on Navalny’s status. If you would like to join us in this effort, use the contact form on the right.

Lewes Amnesty Group was delighted to host a large online audience to hear former Guantanamo detainee Mohamedou Ould Salahi mark the 19th anniversary of the opening of Guantanamo Bay Detention Center and to remember the forty men who remain in Guantanamo today (either detained without charge or trial or who have been subjected to unfair trials).

Chaired by AIUK Board member Hugh Sandeman, the event highlighted Amnesty’s new report on Guantanamo that was issued on 11th January. Aside from Mohamedou, we were joined by Andrew Worthington, campaigner and author of The Guantanamo Files.

We call on all local Amnesty groups to join us in taking action over the coming year to demand that Guantanamo be closed and for justice for the 40 men who still detained in Guantanamo today.

Amnesty International supporters worldwide mobilized to secure Mohamedou’s release from Guantanamo in 2016. After his release, he experienced restrictions on his freedom of movement, and Amnesty activists helped him secure his passport from the Mauritanian government. He is still experiencing restrictions, with several countries refusing to grant him visas to visit, allegedly at the behest of the US government, which continues to demonize him.
A Hollywood production about Guantanamo and Mohamedou is slated for release on 19 February 2021, and Amnesty International is endorsing the movie and partnering with the production team for a joint launch. We are finalizing the launch plans and there will be a subsequent action circular specifically about the movie. You can watch the trailer for The Mauritanian here.

From our table in Cliffe shopping precinct last Saturday we gathered a stack of Christmas cards for refugee and undocumented families held by ICE in Dilley Texas. We will be gathering more for New Years, Valentines day and Easter.

We’ve had advice from Rebecca Ma who campaigns on this issue for Amnesty USA in New York. Below she describes the urgent situation faced by these families. The detail that gets me: you can’t send gifts, not even stickers. How is that keeping America safe? Please add your messages to ours at the address below. In the future we will also write to other “Residential Centers” where families are being held.

We spent the past couple days working on a rapid response effort for several families who are facing imminent deportation. We’re working with our activists to drive emails and calls to ICE today, over the weekend, and into next week.

I’m copying below instructions/guidance to send letters to the families who remain detained in the Dilley family detention center. Thanks again for all the work you and the Lewes group are doing. We so, so appreciate it.

Proyecto Dilley is collecting letters of encouragement for families detained in Dilley, Texas. Letters may include:

Many of the families detained in Dilley speak Spanish – if you’re multilingual, please apportion your cards accordingly. Children are welcome to send drawings. Unfortunately, due to facility rules, no foods, gifts, or stickers can be sent to these families. If you’re sending several letters, please place each letter into a blank envelope and then place all envelopes into one larger package to send together. Please mail letters through UPS to: Mackenzie Levy, 1111 N. Main Ave, San Antonio, TX 78212, United States of America

The United Nations reviews the human rights record of every member state every few years – like a school report card. On Monday the 9th of November, 2020 it was the turn of the United States.

Amnesty International has made a submission to this process is titled:
UNITED STATES OF AMERICA – ROLLING BACK OF HUMAN RIGHTS OBLIGATIONS.
It spells out how much work the country needs to do.

Chris Lawson has watched the whole thing and written a two page summary of the proceedings. You can read that here.

You can watch the full UN Review on their website:
http://webtv.un.org/live-now/watch/united-states-of-america-review-36th-session-of-universal-periodic-review/6208416196001/

After the killings, the protests and now the election, where does America go from here?  Beyond policing, will the next president tackle the causes of inequality – in housing, education, health care and wealth creation?

Following the death of his brother in police custody, attorney Ryan Budhu of the international law firm Arnold & Porter, has advised the City of New York on race relations and policing.  He also does pro bono work for inmates on death row.

On 12 November 2020, as part of our American Crisis campaign, Lewes Amnesty Group hosted a public discussion on with Mr Budhu about his work and how he sees the future.  He described the ways that “zero tolerance” and “stop and search” laws combined to drag huge numbers of minority citizens into the criminal justice system and how laws that are broken by minorities are likely to carry much harsher sentences than similar laws likely to be broken by whites.

Mr. Budhu also described the impact of COVID-19 on minority households, many dependent on work that faces the public with no alternative but to keep working when white collar workers can work from home.

In our question period afterwards, we also discussed the phrase “Defund the Police” – whether it has proved counter-productive or has raised awareness that America is over-reliant on police when what it needs are social workers, or just less racism in areas like housing and education.

And here the Marshall Project – a non-profit organisation for criminal justice journalism – examine what the Biden administration might do:
Click here to read the report

Protesters in orange jumpsuits took to the streets of Lewes in August to protest against the continued detention without charge or trial of forty men in Guantanamo. Lewes Amnesty Campaigners were joined by Amnesty members from Brighton and Hove, Tunbridge Wells, Maidstone and Kingston.

We were keen to raise awareness about the continued operation of the illegal detention centre where dozens of men continue to languish without ever having been charged or faced a trial.

We also wanted to show the detainees, all of whom have not seen their family members during their detention, that they had not been forgotten.

Sara Birch, one of the organisers of the vigil, said “It is likely that the detainees will become aware of this action and so buy taking this action at the very least we will show these men that they have not been forgotten by the outside world”.

Lewes Amnesty is also organising a letter-writing project over the coming months to ensure that each of the detainees receives a letter. Says Birch: “Amnesty International aims to shine a light on the darkness whenever and wherever human rights violations are taking place and this is what we are aiming to do next Saturday on behalf of those men still detained in Guantanamo”.

As Americans prepare for a new administration, Lewes Amnesty Group are sending politicians, newspapers and schools copies of our AMERICAN CRISIS leaflet, a synopsis of Amnesty International’s new report to the UN on human rights abuses in the United States. We compare that report to the writings of Tom Paine when America was founded and ask: What happened? Brandon Bernard was the youngest person in the US to receive a death sentence in nearly 70 years for a crime committed when he was an adolescent.
Take action now to stop others. 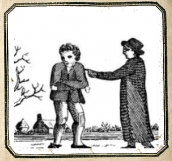 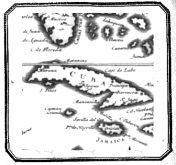 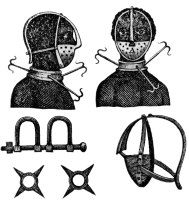